My name is Davi Lyra-Leite, I am a Postdoctoral Research Fellow at Northwestern University Feinberg School of Medicine, working under the supervision of Professor Paul Burridge. My research focus on the development of cost-effective methods for cardiac differentiation and maturation, studying the metabolic regulators for hiPSC fate in the cardiac context, and the understanding of mechanisms behind cardiotoxicity due to anticancer therapies. I am also a senior researcher at Instituto Mercado Popular, a Brazilian think tank, where I work on healthcare policy.

I received my Ph.D. in Biomedical Engineering from the Department of Biomedical Engineering at the University of Southern California. There I was a researcher with the Laboratory for Living Systems Engineering, working under Professor Megan McCain, studying the extracellular matrix regulation of mitochondrial function and structure in cardiomyocytes.

I received my Bachelor’s degree in Electrical Engineering from the University of Brasília (UnB, Brazil) in July 2012, a Master of Sciences in Electrical Engineering from USC in August 2017, and a Health, Technology and Engineering graduate certificate in May 2019. At UnB, I conducted my research at the Digital Signal Processing Group and at the Medical Imaging and Signal Processing Group. I worked under supervision of Professors João Luiz Carvalho and Ricardo Lopes de Queiroz. Additionally, from August 2012 to May 2014, I worked under supervision of Professor Krishna Nayak at USC on projects related to MR image formation and analysis for disease characterization, complemented with a summer internship at Toshiba Medical Research Institute USA. 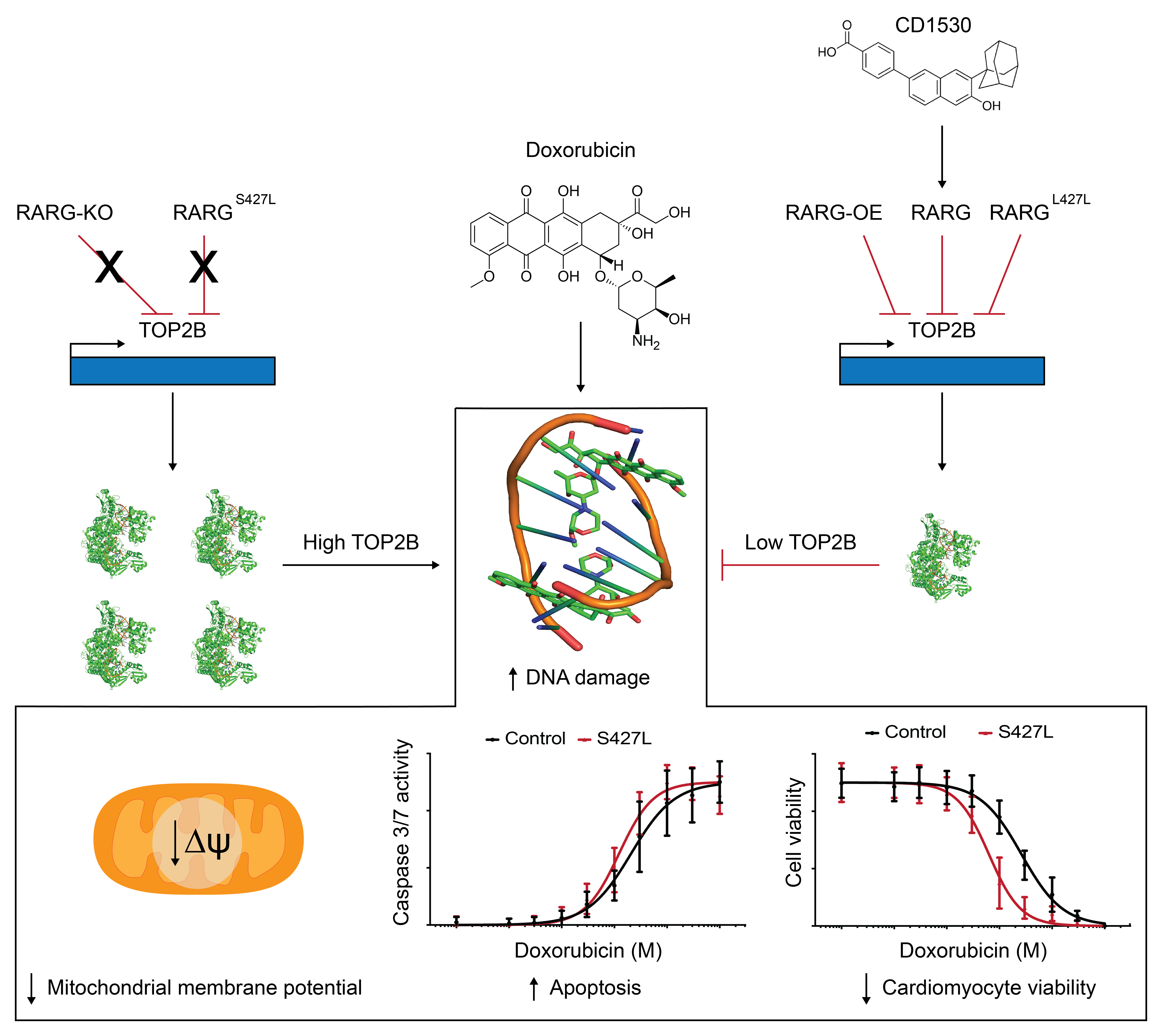 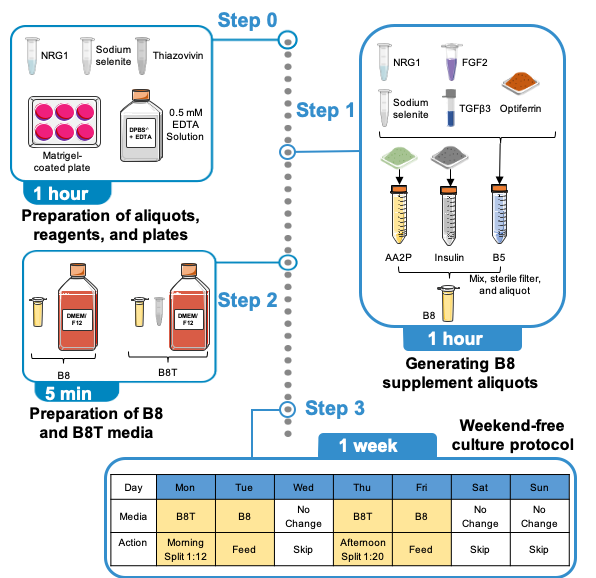 Contraction of cardiac myocytes depends on energy generated by the mitochondria. During cardiac development and disease, the structure and function of the mitochondrial network in cardiac myocytes is known to remodel in concert with many other factors, including changes in nutrient availability, hemodynamic load, extracellular matrix (ECM) rigidity, cell shape, and maturation of other intracellular structures. However, the independent role of each of these factors on mitochondrial network architecture is poorly understood. In this study, we tested the hypothesis that cell aspect ratio (AR) and ECM rigidity regulate the architecture of the mitochondrial network in cardiac myocytes. To do this, we spin-coated glass coverslips with a soft, moderate, or stiff polymer. Next, we microcontact printed cell-sized rectangles of fibronectin with AR matching cardiac myocytes at various developmental or disease states onto the polymer surface. We then cultured neonatal rat ventricular myocytes on the patterned surfaces and used confocal microscopy and image processing techniques to quantify sarcomeric α-actinin volume, nucleus volume, and mitochondrial volume, surface area, and size distribution. On some substrates, α-actinin volume increased with cell AR but was not affected by ECM rigidity. Nucleus volume was mostly uniform across all conditions. In contrast, mitochondrial volume increased with cell AR on all substrates. Furthermore, mitochondrial surface area to volume ratio decreased as AR increased on all substrates. Large mitochondria were also more prevalent in cardiac myocytes with higher AR. For select AR, mitochondria were also smaller as ECM rigidity increased. Collectively, these results suggest that mitochondrial architecture in cardiac myocytes is strongly influenced by cell shape and moderately influenced by ECM rigidity. These data have important implications for understanding the factors that impact metabolic performance during heart development and disease.
Davi M Lyra-Leite, Andrew P Petersen, Nethika R Ariyasinghe, Nathan Cho, Megan L McCain
In JMCC, 2020
Project Source Document

In ventricular myocardium, extracellular matrix (ECM) remodeling is a hallmark of physiological and pathological growth, coincident with metabolic rewiring of cardiac myocytes. However, the direct impact of the biochemical and mechanical properties of the ECM on the metabolic function of cardiac myocytes is mostly unknown. Furthermore, understanding the impact of distinct biomaterials on cardiac myocyte metabolism is critical for engineering physiologically-relevant models of healthy and diseased myocardium. For these reasons, we systematically measured morphological and metabolic responses of neonatal rat ventricular myocytes cultured on fibronectin- or gelatin-coated polydimethylsiloxane (PDMS) of three elastic moduli and gelatin hydrogels with four elastic moduli. On all substrates, total protein content, cell morphology, and the ratio of mitochondrial DNA to nuclear DNA were preserved. Cytotoxicity was low on all substrates, although slightly higher on PDMS compared to gelatin hydrogels. We also quantified oxygen consumption rates and extracellular acidification rates using a Seahorse extracellular flux analyzer. Our data indicate that several metrics associated with baseline glycolysis and baseline and maximum mitochondrial function are enhanced when cardiac myocytes are cultured on gelatin hydrogels compared to all PDMS substrates, irrespective of substrate rigidity. These results yield new insights into how mechanical and biochemical cues provided by the ECM impact mitochondrial function in cardiac myocytes.
Davi M Lyra-Leite, Allen M Andres, Nathan Cho, Andrew P Petersen, Nethika R Ariyasinghe, Suyon Sarah Kim, Roberta A Gottlieb, Megan L McCain
In Acta Biomat, 2019
Project Source Document

Mitochondria in cardiac myocytes are critical for generating ATP to meet the high metabolic demands associated with sarcomere shortening. Distinct remodeling of mitochondrial structure and function occur in cardiac myocytes in both developmental and pathological settings. However, the factors that underlie these changes are poorly understood. Because remodeling of tissue architecture and extracellular matrix (ECM) elasticity are also hallmarks of ventricular development and disease, we hypothesize that these environmental factors regulate mitochondrial function in cardiac myocytes. To test this, we developed a new procedure to transfer tunable polydimethylsiloxane disks microcontact-printed with fibronectin into cell culture microplates. We cultured Sprague-Dawley neonatal rat ventricular myocytes within the wells, which consistently formed tissues following the printed fibronectin, and measured oxygen consumption rate using a Seahorse extracellular flux analyzer. Our data indicate that parameters associated with baseline metabolism are predominantly regulated by ECM elasticity, whereas the ability of tissues to adapt to metabolic stress is regulated by both ECM elasticity and tissue alignment. Furthermore, bioenergetic health index, which reflects both the positive and negative aspects of oxygen consumption, was highest in aligned tissues on the most rigid substrate, suggesting that overall mitochondrial function is regulated by both ECM elasticity and tissue alignment. Our results demonstrate that mitochondrial function is regulated by both ECM elasticity and myofibril architecture in cardiac myocytes. This provides novel insight into how extracellular cues impact mitochondrial function in the context of cardiac development and disease.
Davi M Lyra-Leite, Allen M Andres, Andrew P Petersen, Nethika R Ariyasinghe, Nathan Cho, Jezell A Lee, Roberta A Gottlieb, Megan L McCain
In AJP Heart, 2017
Project Source Document

Development of chemically defined and high yield strategies for the differentiation of hiPSCs into functional cardiomyocytes, and their characterization for potential therapeutic applications.

Investiagtion of the mechanisms behind the cardiotoxic side effects of anti-cancer therapies, in special monoclonal antibodies such as trastuzumab and tyrosine kinase inhibitors. 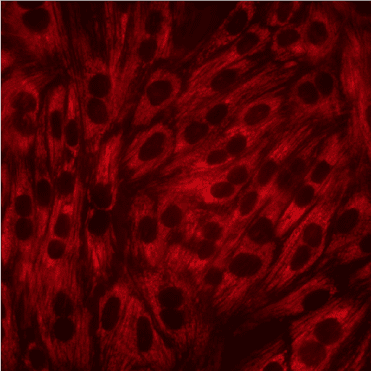 Studies on the regulation of mitochondrial function and mitochondrial structure as function of ECM rigidity, composition, and tissue architecture in engineered cardiac myocytes.

Development of image processing algorithms to be applied on color calibration between different devices, and scene classification.